By continuing your visit to this site, you accept the use of cookies . Know more

Bordeaux, the city that radiates far beyond the Gironde and France!

With 2000 years of history, the world capital of wine has not aged and its ranking in 2007 at Unesco World Heritage attests its dynamism.

Beyond Bordeaux, it is the whole Gironde, by the richness of its heritage and the diversity of the landscape that deserve to be discovered...
So, from our residences, you can for example take a cruise on the Garonne, discover the Vineyards of the Medoc, visit Saint-Emilion, admire the fortress of Blaye, climb to the top of the Dune du Pilat before going to eat a few oysters in Cap-Ferret ... Happiness in concentrate!

To see/ To do in Bordeaux and its region

Bordeaux and its region will surprise you with the richness and variety of sites, monuments and other museums to discover.
Here is a selection of places to visit during your stay in Bordeaux.

Highlights in Bordeaux and its region

Bordeaux is full of animations, festivals and major exhibitions all year round so that it’s nearly impossible to make an exhaustive list of what Bordeaux has to offer : 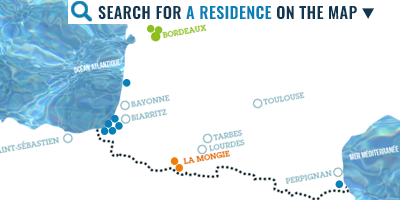